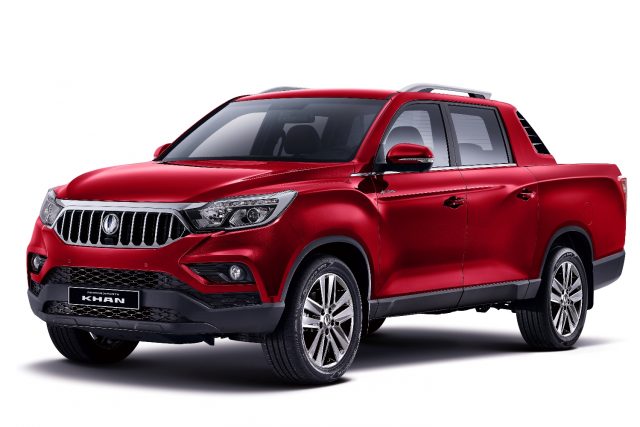 KOREAN car maker SsangYong has heralded the new year with the global unveiling of its all new long wheelbase Musso dual cab utility, set to build on the acclaimed Musso ute launched in Australia in December.

The long wheelbase version is 310mm longer, increasing the total length to 5.4 metres, giving it one of the biggest load spaces in the market and increase payload by 30 per cent, from 790kg to 1020.

The new Musso is also 15mm higher, while the wheelbase extends 110mm, and it will use the same 2.2-litre turbocharged diesel engine as used in the SWB version. Torque has been increased from 400Nm to 420Nm, but still arrives at 1,400rpm.

It also boasts a unique grille, inspired by the historic Parthenon temple of ancient Greece, with SsangYong Australia Managing Director Tim Smith confirming the LWB version would arrive in Australian showrooms early in the second quarter of 2019.

“We’re very excited for the possibilities the LWB Musso will provide the brand here in Australia. The response from dealers and customers to SWB Musso has been outstanding, but we are already fielding numerous inquiries for the LWB,” he said.

“We’re still locking down pricing but, as we demonstrated with the SWB version, we’re confident Australian customers can expect fantastic value for money.”

The vehicle has been launched in Korea as the Khan, named after the famed Mongolian dynasty of the 13th century and Mr Smith said the Australian subsidiary was still working through what the vehicle will be called here.

He confirmed the LWB version would be available in three trims like its SWB sibling – EX, ELX and Ultimate. All versions will come standard with autonomous emergency braking and forward collision warning.

The ELX will add blind spot detection, lane departure warning and rear cross traffic alert, while the range topping Ultimate will come with a 360-degree camera. Pricing will be announced closer to the launch.