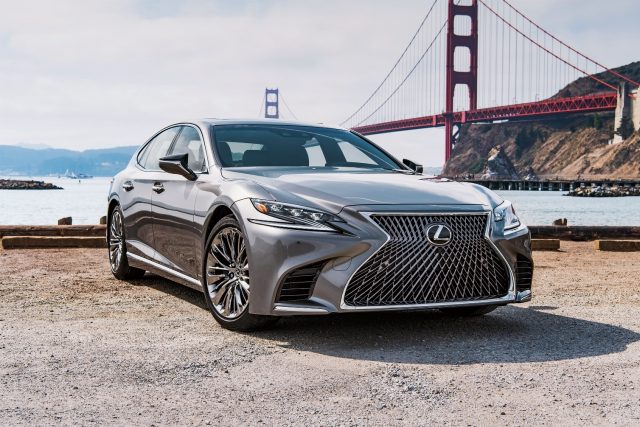 A RADICAL redesign has afforded the 2018 Lexus LS model range a sweeping coupe style silhouette as part of a major overhaul of the model, which also gains a powerful new twin-turbo V6 engine and improved safety features, and yes, it’s rear wheel drive.

Set to go on sale in Australia in April next year, the new LS gets a 10-speed auto to drive its new 310kW power plant that puts out an astounding 600Nm of torque.

Built on an extended version of the GA-L platform that underpins the LC 500, the new model is longer and lower than the one it replaces and will offer flagship luxury for the Japanese brand.

To be known as the LS 500, the new model will feature a number of firsts, including a unique six window design and flush surface windows, and a remodelled spindle grille that appears to change colour depending on the angle from which you view it.

The 2018 Lexus LS 500 will also debut a range of new 20-inch wheel designs, and all models come fitted with a moon roof.

As with all Lexus models there will be a Sports Luxury and F Sport (pictured) option, as well as hybrid models powered by a 3.5-litre V6 coupled to two electric motors.

The first ever LS F is rumoured to be in development as part of the model range.